The Day After the End of Days 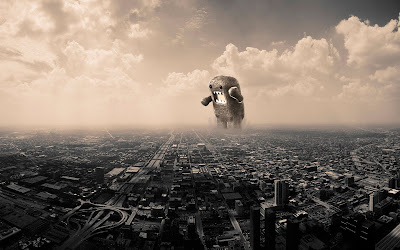 It may be just my opinion, but I don’t think that the apocalypse brings out the best in us.
Like many others, I’ve spent the ramp-up to the end-of-days making derisive jokes. It’s easy to do. This most recent prediction was made by Family Radio preacher Harold Camping, who has been wrong numerous times before. By his estimate, a mere 2-3% of the population will be saved; the rest of us will suffer earthquakes, burning sulfur and—in some areas—exploding watermelons. (Don’t ask.) And that sort of exclusive eschatology is sure to gall many.
But as far as I can tell, Camping represents a fringe element within Christianity. The average mainstream believer doesn’t place much stock in his dire deadline. Unfortunately, those same mainstream Christians have become the target of much of the scorn and ridicule. Call it guilt by association. According to an article in today’s Los Angeles Times, Camping’s “prophesies have been mocked on late-night television, and debated with derision on CNN…atheist groups and other skeptics are planning doomsday parties across the country.” Face Book-fueled flash mobs intend to leave scattered clothing strewn in public places, as if those suddenly raptured into heaven shed their earthly wardrobe. (Where in the Bible is the hereafter described as a nudist colony?)
But if you’re still reading this, the rapture never came. Not today, at least.
And so, this Sunday, we’ll all be waking up with one hell of a post-cataclysmic hang-over—both believers and non-believers alike—our heads pounding like the distant hoof beats of the Four Horsemen of the Apocalypse. Because when the expectant hopes of a few faithful have been dashed, and the hearty laughter of scoffers has faded, who exactly has been left behind?
All of us, of course. Left here to contend, and somehow co-exist with each other, from here to eternity, I suppose. All the time casting about for some clue, some code, some model that will show us how.
Posted by brian at 9:07 AM 3 comments: