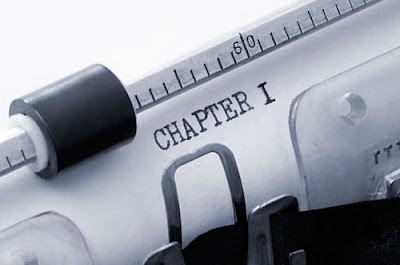 I’ve been off work due to injury for a little over a month now. And during that time, I’ve had half dozen x-rays, an MRI, and CT scan. I’ve been to the ER, an orthopedic surgeon, magnetic imaging lab, and physical therapy. Seems like I’ve spent the past 30 days in exam rooms waiting for the doctor, tech, or therapist to walk in and ask with a sigh, “Now what, Brian?”

But as any “patient” knows, if your appointment time is 10:00, you can count on seeing that medical professional somewhere around 11:45.  So it helps to have a good book with you.

My literary wingman on this adventure has been crime-writer Michael Connelly. I’ve already burned through “The Lincoln Lawyer,” “Brass Verdict,” and am now reading both “Nine Dragons” and “Crime Beat,” Connelly’s memoirs of his days as crime reporter for the Los Angeles Times.

We’re talking about more than a thousand pages of reading since late last month.

Detective novels are not my usual fare, either. I admit that when it comes to fiction, I’m something of a snob. Having read Chaucer’s “The Canterbury Tales” in the original Middle English as part of my Master’s degree requirements, I can be a bit high-minded about contemporary lit. But my go-to authors, Cormac McCarthy, Tom McGuane, and Richard Ford didn’t seem to be a good fit for waiting room distractions. So on my way to the orthopedic surgeon—my left arm in a cast—I stopped in at a book store for a fast read, saw a Connelly novel on an end-cap display, thumbed through the first few pages and was immediately sold.

I think what separates Connelly from pulp fiction writers and other best-selling detective novelists is his sharp prose and passages of particular insight and poignancy that go well beyond average for the genre. This excerpt from the “The Brass Verdict,” for example, resonated with me:

I went outside to the deck, hoping the city could pull me out of the abyss into which I had fallen. The night was cool and crisp and clear. Los Angeles spread out in front of me in a carpet of lights, each one a verdict on a dream somewhere. Some people lived the dream and some didn’t. Some people cashed in their dreams a dime on the dollar and some kept them close and as sacred as the night. I wasn’t sure if I even had a dream left. I felt like I only had sins to confess.

As I said, he got his start in newsprint journalism, and in “Crime Beat” his reflections on reportage and nonfiction prose also struck a chord:

The irony of crime beat journalism --- maybe all journalism --- is that the best stories are really the worse stories. The stories of calamity and tragedy are the stories that journalists live for. It gets the adrenaline churning in their blood and can burn them out young, but nevertheless it is a hard fact of the business. Their best day is your worse day.

In some ways, that’s what I attempted to do through my own writing on the now defunct blog site, Switch 2 Plan B. As a veteran fireman turned amateur writer, I sought to capture and convey the pathos, irony, and even dark humor I found in people’s most desperate hour: Those uniquely public, and deeply private moments of grief, fear, and resignation which attended the countless scenes of suffering, death, or catastrophic loss I witnessed over the years.

and you did it so well, Brian. Between your firehouse stories and Julie's nursing ones, my eyes were opened to a totally different world. I hate that your first blog was taken over, and I do hope that you'll get the blog machine rolling again soon..

you may suck as a Zen Master Screw guy Brian,,,

I'm with PamD - though she and Julie both need to get their blogs back up and running, ha.

Missed your blogging. Definitely was my "snob" read of the day, as it always made me think.